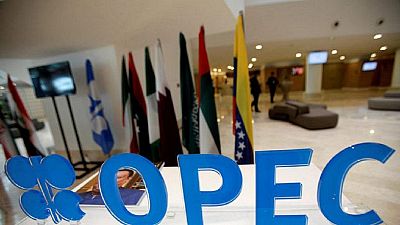 Oil extended falls on Friday after tumbling in the previous session when the Organization of the Petroleum Exporting Countries (OPEC) and allied producers extended output cuts but disappointed investors betting on longer or larger supply curbs.

In the OPEC meeting on Thursday in Viennaand some OPEC members and non-OPEC producers agreed to extend a pledge to cut around 1.8 million barrels per day (bpd) until the end of the first quarter of 2018. The initial agreement would have expired in June this year.

OPEC and non-members led by Russia on Thursday decided to extend cuts in oil output by nine months to March 2018 as they battle a global glut of crude after seeing prices halve and revenues drop sharply in the past three years.
Oil prices dropped more than 4 percent as the market had been hoping oil producers could reach a last-minute deal to deepen the cuts or extend them further, until mid-2018.

“The conformity level for member countries is exceptionally high. In fact we’ve reached 102 percent overall conformity. So even exceeding our collective commitment. Indications are that May will even be better than April,” said Saudi Arabia Energy Minister, Khalid Al-Falih.

He noted that all indications are solid that a nine-month extension is the optimum and should bring the organisation within the five-year average by end of the year, added that they wanted to extend it to avoid a stock building in the first quarter of 2018.

“But we believe that we will be at target before year end,” he said.

OPEC’s cuts have helped to push oil back above $50 a barrel this year, giving a fiscal boost to producers, many of which rely heavily on energy revenues and have had to burn through foreign-currency reserves to plug holes in their budgets.

“Our common goal here is to, first of all, achieve a balanced market. And to restore investment attractiveness of the sector in general in order to be able to fulfill future needs and to give more product ability to the market. We’re all reaping the benefits of this, both producers and consumers, and that’s why we have to make sure that we continue on this path.” said Russian Energy Minister, Alexander Novak.

Oil’s earlier price decline, which started in 2014, forced Russia and Saudi Arabia to tighten their belts and led to unrest in some producing countries including Venezuela and Nigeria.

U.S. oils production C-OUT-T-EIA has already risen by 10 percent since mid-2016 to over 9.3 million bpd, close to the output of top producers Russia and Saudi Arabia.

With U.S. output rising steadily and OPEC and its allies potentially ramping up production in 2018 to regain lost market share, many traders are already expected another price slump.