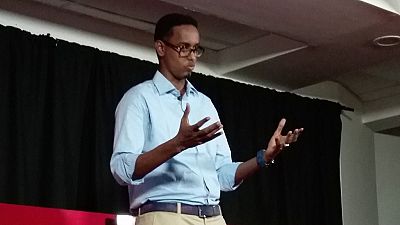 Somalia’s youngest minister has been shot dead in an incident close to the presidential palace in the capital Mogadishu.

A Voice of America journalist in the country, Harun Maruf, confirmed that Siraji was shot by the bodyguards of another government officials.

The slain minister was driving his car when the government soldiers opened fire and killed him in the process. It is unclear the motive behind the shooting.

Local media sources are also reporting that the soldiers behind the killing had been arrested. The country has been suffering a surge of attacks in recent times by insurgent group, Al-Shabaab.

The President, Mohamed Abdullahi Mohamed Farmajo declared war on the insurgent group but has also opened an Amnesty window for them.

In the early days of his presidency, he pledged a $100,000 reward for information leading to the thwarting of suicide bomb attacks in the country. Somalia amid the security situation is also suffering from an acute famine.