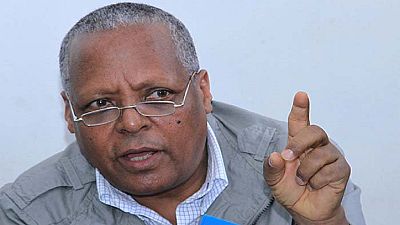 Chairman of the Oromo Federalist Congress (OFC) and a leading opposition figure in Ethiopia, Dr. Merera Gudina, has been remanded by a court pending a ruling on his objection to charges of terrorism brought against him by the state.

The court adjourned to June 2, 2017, to pass a verdict on Gudina’s preliminary objection which his lawyers raised during his appearance on April 25.

As per today’s proceedings, the prosecutors also replied to his objection detailing reasons why he had to be charged for terrorism along with other criminal charges.

Court adjourned the case of Dr. #MereraGudina's to Jun 02, to pass a verdict on the preliminary objection & prosecutor reply. #Ethiopia

Gudina was arrested on December 1, 2016, after he returned from a European trip to Brussels. He was at the time held for flouting state of emergency restrictions according to the police.

But on February 23 this year, he was charged with terrorism along with two others – Jawar Mohammed, a popular Oromo activist and Executive Director of the Oromia Media Network and one Berhanu Nega.

The basis for his objection according to court papers was that his trip to Belgium and the European Union Parliament address could not be reasons for his continued detention. He added that his trip had nothing to do with trespassing the state of emergency, which is one of the charges prosecutors have pressed.

He also denied claims that he granted interviews to anti-government media outlets, the basis of which was a spike in protests in the restive regions. He has been denied bail a number of times as prosecutors continue to ‘gather evidence.’

The country imposed a curfew in October 2016 as part of efforts to quell anti-government protests in the Amhara and Oromia regions. The government recently extended the state of emergency despite having relaxed most of the restrictions. 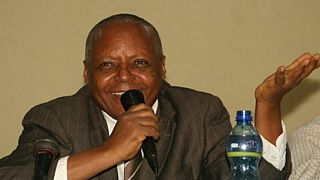 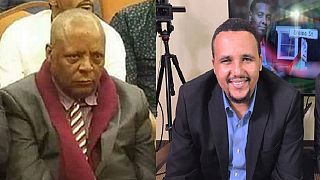