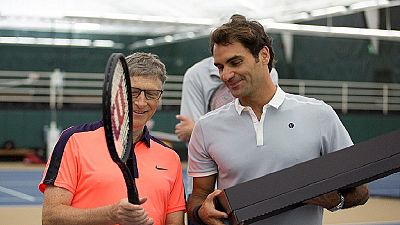 The Swiss professional tennis player and Gates were joined by American tennis star, John Isner and guitarist Mike McCready to play at the Match for Africa 4 – the fundraiser led by the Roger Federer Foundation (RF Foundation) in Seattle.

At the end of the event, it was announced that an amount of $2 million had been raised for the foundation and its efforts in Africa.

We know that a good education empowers children by allowing them to take their future into their own hands and play an active part in shaping it.

Big thanks to BillGates for the warm welcome to Seattle and for being so supportive of me and the RF Foundation pic.twitter.com/yLbzJgtwtI

The 16,000 crowd were treated to a doubles match that had Federer and Gates on one side of the court whiles Isner and McCready played on the other side.

The main event was between Federer and Isner. Their head-to-head record in competitions put the Swiss ahead by 5-2. The game was closely fought but in the end, 35-year-old Federer prevailed.

The RF Foundation is focused mainly on improving education on the continent. It is currently operational in six Southern African countries covering 277,000 children so far.

All activities of the foundation are realised and implemented by local non-governmental authorities in close collaboration with the local communities. Federer has made several trips to the continent as part of the operations of his foundation.

The countries it operates in and the respective number of beneficiaries are as follows:

In his welcome message on the foundation’s website, Federer wrote: ‘‘I believe in the power of people. They might only need some initial empowerment.

‘‘We know that a good education empowers children by allowing them to take their future into their own hands and play an active part in shaping it. And we trust in the best will of parents that they want to ensure the best possible opportunities for their children.

‘‘For more than 12 years my Foundation has therefore been committed to enable parents and local communities in providing these children with the opportunity for a good education. We aim to reach a million children by 2018.’‘ 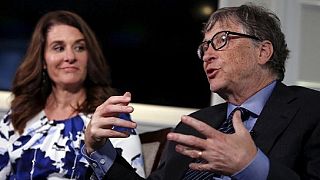 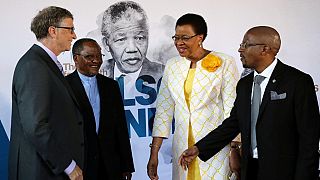 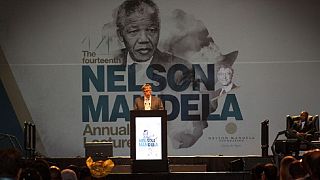