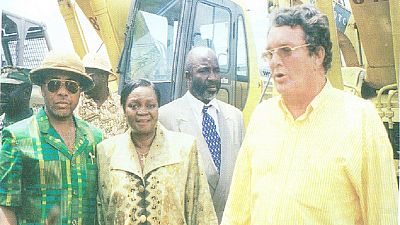 A Dutch court has sentenced 74-year-old Dutch businessman Guus Kouwenhoven to 19 years in prison for selling arms to former President Charles Taylor during the civil war in Liberia.

He was charged and convicted by the Dutch appeal court last Friday for being an accessory to war crimes by selling weapons used for mass atrocities. He denied the charges.

The timber merchant is believed to have benefited from the war between 2000 and 2003 by hiding caches of arms under his Oriental Timber Company concessions.

“These weapons were used by Taylor in an armed conflict with rebels, in which over a period of many years countless civilians were victimised,” the judges said in their ruling.

Kouwenhoven was dragged to court over a decade ago and has always denied the charges.

These weapons were used by Taylor in an armed conflict with rebels, in which over a period of many years countless civilians were victimised.

He was not present during the sentencing.

His sentencing follows that of Russian arms dealer, 50-year-old Viktor Bout who was sentenced last year to 25 years in prison in the United States.

The two are the only allies and arms dealers for Charles Taylor to be jailed, local media the New Dawn reported.

Taylor himself was sentenced to 50 years in prison in 2012 on 11 counts of war crimes and crimes against humanity committed in Sierra Leone.

Over 250,000 people died from Liberia’s civil war which was funded largely through the sale of diamonds and timber from the country’s natural resource.