Zambian government accused of trying to frame opposition with arson 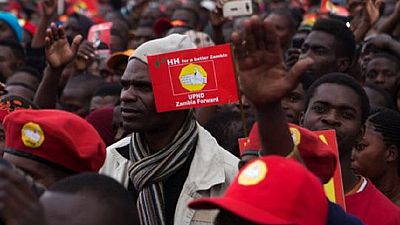 Zambia’s main opposition party, whose leader has been arrested and charged with treason, accused the government on Monday of trying to frame it for arson as an excuse for greater political suppression.

President Edgar Lungu said last week he might declare a state of emergency in some areas after public buildings were torched in attacks he blamed on opposition members protesting at the arrest of their leader, Hakainde Hichilema.

The opposition United Party for National Development (UPND) denied that and said the arson accusation was a government ploy.

They are creating deliberate confusion to justify a state of emergency. There are no UPND members who have been arrested for arson.

“They are creating deliberate confusion to justify a state of emergency. There are no UPND members who have been arrested for arson,” party spokesman Charles Kakoma said.

A Zambian court will rule on Wednesday on whether to throw out the treason case against Hichilema who was arrested on April 11 in a police raid on his home and charged with trying to overthrow the government.

The southern African country – the continent’s number 2 copper producer – has traditionally been stable but relations between government and opposition have been fraught since August when Lungu’s Patriotic Front (PF) beat the UPND in a presidential election marred by violence and which the opposition says was rigged.

It was the second time that Lungu beat Hichilema, an economist and businessman, in a presidential election by a razor-thin margin.