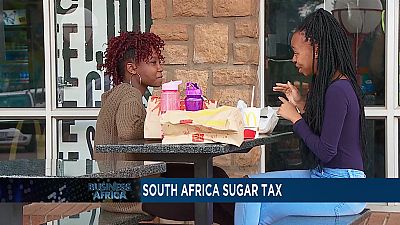 Zimbabwe ‘s Commercial banks maybe compelled to accept livestock such as cattle, goats and sheep as collateral for cash loans to informal businesses under a new bill presented to parliament last Tuesday.

Now to South Africa where the authorities are set on implementing a new tax on sugary drinks.
Africanews Tshepiso Radebe reports the aimed is to fight obesity in a country where about 70% of women and a third of the male population in the country are overweight.