Today we’re camping briefly at the volleyball courts in the Tunisian capital Tunis where the dust is just settling down after the Men’s competition of the African Club Volleyball Championship.

CAVB President Dr Amr Elwani served off the tournament on 17th of March and by the time the curtains were falling on 27th he was giving out the winners medals to Egyptian Club Al Ahly who beat Tunisia’s Etoile du Sahel 3-1 in what we could call a Maghreb Derby.

The third place playoff was another all-Magreb affair, as Algeria’s Bourj Bouaririj claimed the bronze medal after they flew past Libya’s Swehly 3-0 at Taraji Hall.

Libya’s newcomers Assarya captured the 7th place in their first ever participation at the African Club Championship after they overcame Cameroon’s FAP 3-0.

Focus now shifts to the Women’s tournament still in Tunisia, but in a different city that’s Kelibia city, where the ladies are warming up for the ultimate show which kicks off on the 2 of April up to the 16th.

The winners of the tournament from each event will represent Africa at the 2017 Men and Women’s World Club Championships in Kobe, Japan, an event which is only 50 days away.

Ahead of the women’s event we spoke to a sports journalist Elvince Joshua who’s in Tunisia following up on the goings on over there.

We asked him what the situation is like before the women’s showdown serves off this Sunday, and especially the teams to watch.

These are two events of the same magnitude but one attracts a bigger following than the other, and that’s the Women’s event in volleyball. We asked Elvince why this is the trend across the world and he had an interesting take on that. 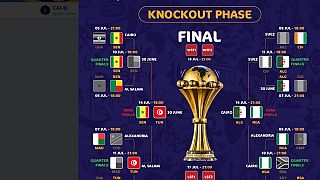