In a mini-reshuffle announced in the morning, President Magufuli did not explain why he was removed.

“I know some people who are injured by the decisions of our President, but just as you have confidence in me, please understand me, I am OK with the decision of the President. Life must continue, this is not the right time to create tension in our country, we still have a better future in front of us, let us then continue to unite with the peace that we have for the good of our nation,” Nnauya said.

I know some people who are injured by the decisions of our President, but just as you have confidence in me, please understand me.

On Tuesday an investigative team formed by the minister had recommended disciplinary action against embattled Dar es Salaam regional commissioner, Paul Makonda, following allegations that he stormed the offices of Cloud Media Group on Friday.

Makonda and religious leaders have had a public disagreement over an alleged drugs scandal.

Magufuli has however appointed a lawyer, Harrison Mwakyembe as the new information minister.

President Magufuli told the new minister to “do what his predecessors failed to do”.

Mwakyembe a lawyer by profession, headed the international law department at the University of Dar es Salaam. 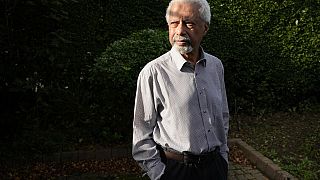