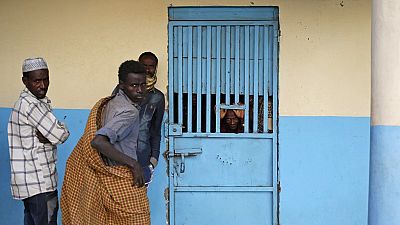 A founder of the Djiboutian League for Human Rights (LDDH), Omar Ali Ewado, was arrested on Sunday by the Djibouti authorities for an unknown reason, the Observatory for the Protection of Human Rights Defenders announced.

Ewado was arrested on Sunday afternoon by intelligence officers while on his way to a mosque close to his home, a statement from the joint programme of the FIDH and the OMCT said.

The officers allegedly threatened Ewado’s family, pointing a gun at his children before taking him away without informing his family where he will be detained.

The next day, Mr. Ewado’s family learned that he was detained at the intelligence offices in Djibouti-ville.

Omar Ali Ewado has reportedly begun a hunger strike to protest against his arbitrary arrest.

“The human rights community has been harassed by the Djibouti authorities for years and now they have to explain the reasons for the arrest of Omar Ewado and more broadly to put an end to the persecution of human rights activists in Djibouti,” Said Drissa Traoré, vice president of FIDH said.

Ewado was sentenced to three months in prison in January 2016 for “public defamation” after publishing a list of victims of the “massacre” of December 21, 2015.

He was acquitted on appeal one month later.

Police presence at a traditional ceremony held in Buldhoqo, near Balbala, on the outskirts of the capital, on December 21, 2015 provoked violent clashes which resulted in a disputed number of casualties.

The government had said seven people were killed, and the FIDH believed the violence had caused “at least 27 deaths”.

“We condemn repeated attacks on freedom of association and expression in Djibouti and call for the immediate and unconditional release of Mr. Omar Ewado,” said Gerald Staberock, OMCT Secretary General said.

“We also fear that he will be subjected to torture and ill-treatment in detention, and call on the authorities to ensure his physical and psychological integrity in all circumstances,” he added.

Djibouti, a small, highly strategic country in the Horn of Africa, has been ruled for 18 years by President Ismaël Omar Guelleh.

Ismaël Omar Guelleh was re-elected for a fourth term in April 2016 with more than 86% of votes in an election described as a “masquerade” by the opposition.