German Chancellor Angela Merkel on Friday announced that her government would provide Tunisia with 250 million euros about (263m) dollars in developmental aid.

Merkel made the announcement during a visit to Tunis for talks on security and migration, she said the cooperation projects, are to focus on areas such as agriculture and energies.

Germany and Tunisia on Friday announced the signing of a new agreement on immigration providing to significant accelerate the endorsement of Tunisians whose rights of stay has been refused,

We are going to work together in the future. We would like that the Tunisian companies be real partners with the German companies.

Tunisian President Beji Caid Essebsi during a joint press conference with the chancellor Angela Merkel said the agreement will satisfy Tunisia and Germany.

“We are going to work together in the future. We would like that the Tunisian companies be real partners with the German companies. We will go together on African markets and why not toward the reconstruction of Libya,” said Wided Bouchamaoui, President of Tunisian Union of Industry, Commerce and Handicrafts.

The Tunisian authorities had been accused of having blocked process during part of 2016 repatriations.They had pleaded good faith, noting that the identification procedures were long and necessary.

Before her departure, the German Chancellor meet with the Tunisian employers and some start-ups in the country.

“Ladies and Gentlemen, six years after the upheavals, Tunisia has become a neighbor essential for us, as Europeans, and more, a beacon of hope,” she said.

The first step of her tour, also benefited the passage of talk on Libya, a country in chaos and which constitutes a passageway for the migrants trying to reach Europe. 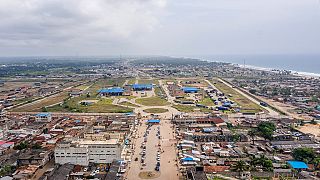 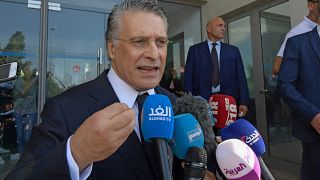