The Democratic Republic of Congo (DRC) cannot afford the cost of holding elections this year. According to Minister of State in charge of Budget, Pierre Kangudia Mbayi, the $1.8bn needed to organize the polls was out of reach.

At a press conference held on Wednesday (February 15, 2017) the minister said he doubted if the DRC could raise the amount in time for polls to hold. “It will be difficult to think that we can mobilize 1.8 billion USD this year. At this stage, I prefer to keep a language of sincerity,” he said.

The amount was arrived at by the Independent National Electoral Commission (CENI) under a provision of the agreement between the government and a faction of the opposition in October 2016. The African Union facilitated talks was led by former Togolese Prime Minister, Edem Kodjo.

It will be difficult to think that we can mobilize 1.8 billion USD this year. At this stage, I prefer to keep a language of sincerity.

International donors and other partners have yet to make financial commitments to the electoral roadmap. The United Kingdom’s Minister for Africa, Tobias Ellwood, on a recent visit to the DRC tweeted about preparations underway for the polls stressing that the December 31 agreement must be respected.

Saw firsthand prep for #DRC elections. UK ready to support, but 31 December agreement must be implemented and a new govt put in place. pic.twitter.com/gxSMgdf1aU

But also that incumbent Joseph Kabila will be unable to stand for a third term in office. Protests against his continued stay in office led to deadly clashes between police and activists. Kabila’s second term ended on December 20, 2016.

He has been in power since 2001, taking over power from his slain father, Laurent Kabila, he is constitutionally bound to step down after serving two terms, he won disputed polls in 2006 and 2011.

The government in July 2016 contracted a Dutch outfit to help the electoral body compile a biometric register and to conduct the elections. Whenever elections are held it would be the first democratic transition in the war torn country.

At the time, Corneille Nangaa, President of CENI, said “We needed a reliable partner to facilitate our ambitious program, which we expect will enroll up to 45 million voters.”

‘‘It will take time but as soon as the voters register is available, we shall have an election,” Kabila stated in August 2016 during a visit to neighbouring Uganda. 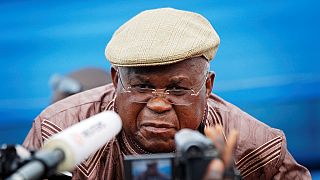 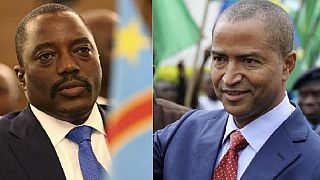 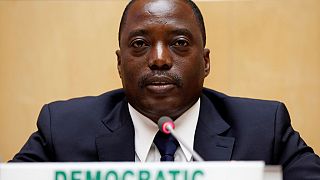