WHO announces end of yellow fever outbreak in DRC 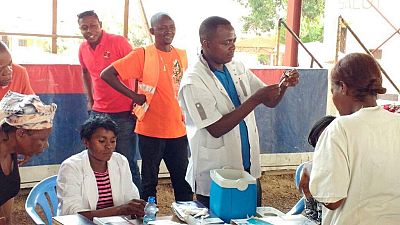 The World Health Organisation has declared an end to a yellow fever outbreak in the Democratic Republic of Congo (DRC).

The news comes months after neighbouring country Angola was declared free of the virus bringing an end to an epidemic that has killed more than 400 people.

No new confirmed cases have been reported from both countries for the past six months.

“We are able to declare the end of one of the largest and most challenging yellow fever outbreak in recent years through the strong and coordinated response by national authorities, local health workers and partners,” said Dr Matshidiso Moeti, WHO Regional Director for Africa.

The outbreak was first detected in Angola in December 2015 and spread to the entire country including neighbouring DRC, where local transmission was established in March 2016.

There was 965 confirmed cases and thousands more cases suspected.

During the outbreak, WHO coordinated with global partners to vaccinate millions in the two countries. Emergency vaccination campaigns which reached more than 30 million people led to the depletion of the global stockpile of yellow fever vaccines several times.

“Yellow Fever outbreaks like the one in Angola and the DRC could become more frequent in many parts of the world unless coordinated measures are taken to protect people most at risk. Therefore we need to implement a strong preventive approach to vaccinate the population at risk across the region,” said Dr Ibrahima Socé Fall, WHO Regional Emergency Director.

There is no cure for Yellow fever which is transmitted by the aedes egypti mosquito and vaccination is highly recommended for preventing the disease. Symptoms include severe headache, nausea, vomiting and fatigue.