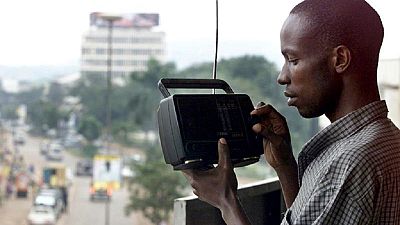 Every February 13th is marked as World Radio Day. An international day instituted by the United Nation General Assembly, since 2011 to celebrate radio as a major form of free expression across the world.

2017’s World Radio Day is under the theme “Radio is you”, (as per) it aims to remind the world that radio would be nothing without the audience and that the audience is actually each of us.

This year United Nations Education Scientific and Cultural Organization, UNESCO’s aim is to promote communication to find “greater solutions” to the planet’s problems.

At a time when many are pointing to a breakdown in civil, constructive discussion, and when the very idea of truth is increasingly being called into question, radio is uniquely-positioned to bring communities together and foster positive dialogue for change

“At a time when many are pointing to a breakdown in civil, constructive discussion, and when the very idea of truth is increasingly being called into question, radio is uniquely-positioned to bring communities together and foster positive dialogue for change,” said Tim Francis, Associate Program Specialist for Media Development and Society at UNESCO.

Although new media such as internet, smartphones, and social media platforms have risen in the past decades, radio has remained the instrument that reaches the broadest audience in Africa.

Some of UNESCO’s statistics on radio’s impact in Africa are as follows:

- 83% of Tanzanians said they get news and information from radio, making it the leader of both media and non‐media sources.

- Radio is the most accessible and used medium in Zambia. Access to radio and television in urban areas is about equal (85% for radio and 79% for TV) while in the rural area the difference is more significant (68% for radio and 26% for TV).

- In 11 countries surveyed across Africa, local commercial radio grew by an average of 360 percent between 2000 and 2006, whereas community radio grew by a striking 1,386 percent, on average, over the same period

- For the majority of listeners in Kenya the most popular thing learned from radio was politics, with 21% indicating it as the thing they learned most.

Radio as an information leader in Africa

Radio is said to be the most reliable and affordable medium of exchanging information and knowledge in many communities where access to electricity, internet, and television is not all possible in Africa.

It also offers an opportunity for small communities whose voices are not heard on wider medium, to express themselves on touchy subjects which affects their country or community, while being at the same time protected behind “a voice”.

Remembering,in the age of internet, the first tech to make mass comm transcend barriers of distance: the radio. Happy World Radio Day to all pic.twitter.com/km3TIZgd7E