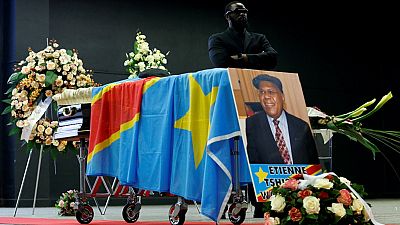 <h3>The body of the main opposition leader of the Democratic Republic of Congo Etienne Tshisekedi is expected in the capital Kinshasa this weekend.</h3> <p>His party, the Union for Democracy and Social Progress (<span class="caps">UDPS</span>) said on Monday that his body will be repatriated from Brussels in Belgium where he died last Wednesday.</p> <p>“The body of President Tshisekedi could be repatriated to Kinshasa earliest by Friday,” Valentin Mubake, one of the leaders of the party in charge of the funeral said.</p> <p>“After the arrival of the body, the final programme for the funeral will be known” and may take place on Sunday, Mubake added.</p> <p>The <span class="caps">DRC</span> government created a commission last week to plan a dignified funeral in coordination with the family and the <span class="caps">UDPS</span> party.</p> <p>“A commission is working hard at the Ministry of the Interior for a funeral worthy of a former prime minister and former deputy speaker of the National Assembly in the person of Mr. Etienne Tshisekedi,” spokesperson for the <span class="caps">DRC</span> government, Lambert Mende told <span class="caps">AFP</span> last Friday. </p> <p>84-year-old Tshisekedi left Congo for medical check-up in Brussels where he died.</p> <p>He left during ongoing negotiations on the establishment of a peaceful transition of power after a series of crisis caused by the continuous hold of power by Joseph Kabila. </p> <p>Kabila’s term expired on December 20, 2016, but remains in office as president pending an election to appoint his successor.</p>

The body of President Tshisekedi could be repatriated to Kinshasa earliest by Friday.