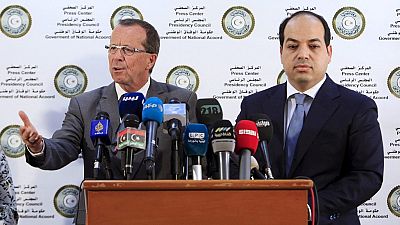 UN envoy for Libya Martin Kobler on Sunday congratulated the Libyan people on the victory over the city of Sirte against the Islamic State (IS) group, but advised them to remain vigilant.

“The control of Sirte does not mean it’s the end of terrorism in Libya, but represents an important victory,” Kobler said at a press conference near Tunis.

He insisted on the need to defuse the explosive devices left by the insurgents in order to allow the rapid return of residents.

“Libyans must remain vigilant against terrorism and to seize this opportunity to promote national reconciliation,” he advised.

The head of the Libyan Government of National Accord (GNA) Fayez al-Sarraj announced Saturday night that the city of Sirte is no more the Libyan stronghold of the Islamic State organization (IS) yet the war against terrorism in Libya has “not finished”.

“The battle for Sirte is over, but the war against terrorism in Libya is not over yet,” warned Sarraj, stressing the need to unify the military forces in a single army.

In his speech, the head of the unity government paid tribute to forces loyal to Haftar, who have been waging war against jihadist groups in eastern Libya for two years, hailing “the martyrs and heroes who are fighting terrorism in Benghazi.”