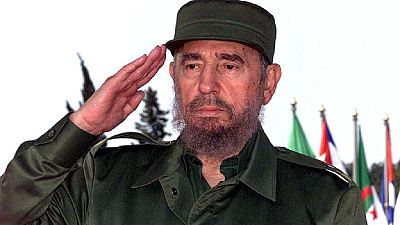 Ethiopia held an event in the capital, Addis Ababa, to commemorate the death of former Cuban leader, Fidel Castro. The event which involved the firing of a 21-gun salute was held over the weekend at the Ethiopia-Cuba Friendship Park.

Present at the event were government representatives, Ethiopians who were educated in the South American country, diplomats and members of the public, the state affiliated FANA broadcasting corporate said.

Ethiopia and South Africa and other African countries that benefitted from Fidel’s intervention on the continent opened a book of condolence open to members of the public. South Africa’s Zuma also attended the funeral ceremony held in Havana.

Ethiopia will never forget Castro as he was with us at a difficult time.

An Ethiopian official, Ambassador Taye, described relations between Ethiopia and Cuba as blood tied and eternal. ‘‘Ethiopia will never forget Castro as he was with us at a difficult time,’‘ he said.

In apparent reference to Castro’s intervention in the Ogaden war of 1977, when Cuban troops were deployed to held Ethiopia win the Ogaden plateau at a time that the Somalian army had proven too strong for Ethiopia.

‘‘Castro was a great friend and leader who stood by Ethiopia during a difficult time.’‘ – Ethiopian PM saidhttps://t.co/nRFgoyEY36

On his part, the Cuban Ambassador, Juan Manuel Rodriguez Vasquez, said the leader of the country’s revolution had done a lot for not just Cuba but the world at large in the area of global justice.

Fidel Castro, died at the age of 90, he ruled Cuba for nearly half a century before stepping down due to ill health. He was buried in the eastern city of Santiago de Cuba, where he and a band of rebels touched off a revolution that reverberated across the world.