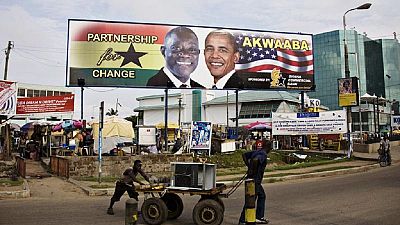 Whoever is President of the United States (POTUS) and by that, the occupant of the White House in Washington DC, is undoubtedly the most powerful politician in the world.

He derives his power and clout from the military and diplomatic weight of the US in all regions across the world. A visit by a sitting US president to any part of the world is a big deal. But to Africa, it is a much bigger deal.

This writer is fortunate to have experienced the visit of three successive US presidents to his home country (Ghana). In each case the preparations were elaborate, from major road blocks to upped security arrangements and massive media frenzy.

As stated at the end of our the first episode of our Obama & Africa series, this part looks at Obama’s African journeys. This piece will recall visits during his first term, with 10 top photos.

Between 2009 and 2012 – i.e. during President Obama’s first term in office, he visited the continent twice. North Africa and West Africa were the beneficiaries. Specifically; Egypt and Ghana.

Obama delivered a speech at the Cairo University; titled ‘A new beginning.’ It centered on the need for improved mutual understanding and relations between the Islamic world and the West and said both should do more to confront violent extremism.

He also called for peace between Israel and Palestinians. Obama reaffirmed America’s “unbreakable” alliance with Israel, and described Palestinian statelessness as “intolerable.”

Afterwards, he held talks with the then President Hosni Mubarak and also visited the Sultan Hassan mosque before leaving the land of the Pyramids. 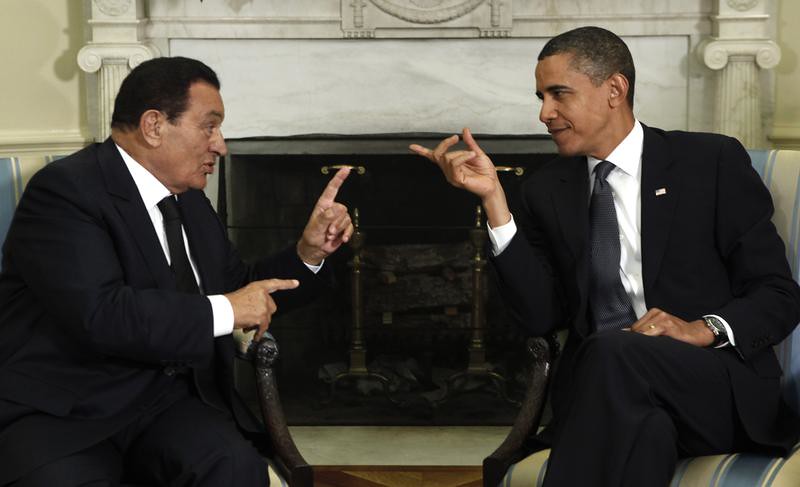 A little over a month after he left Egypt, Obama was billed to return to the continent. His destination was to the West African coast – Ghana. The Obamas landed at the Kotoka International Airport (KIA) July 11, 2009 – this was his 16th trip that year.

Obama and his family met with the late President John Evans Atta Mills, and went on to address Ghana’s parliament before visiting the Cape Coast castle, a former departure point during the trans-Atlantic slave trade. 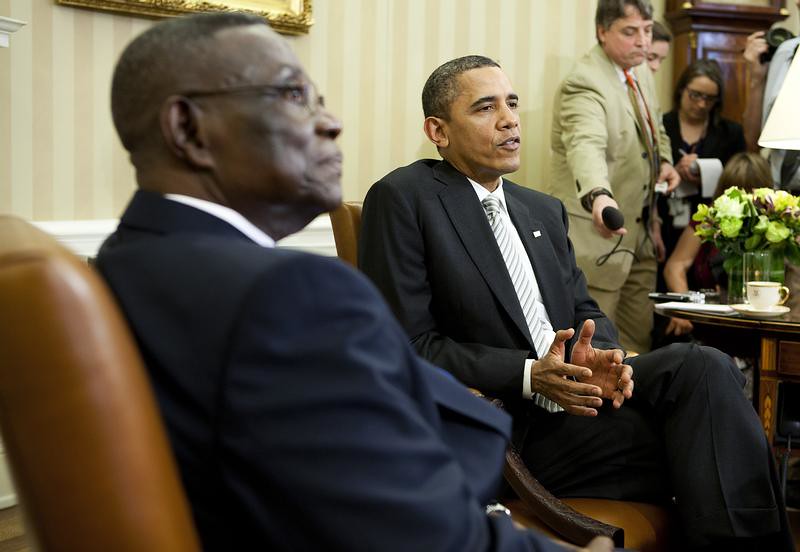 For three successive years - 2010, 2011, 2012 – Obama did not visit Africa. The visit to Ghana was the last Africa tasted of the physical presence of the first African American president of the US in his first term. His election as president was received with great cheer across the continent.

But Obama’s presence and decision at the military level was profound in Africa in 2011. He together with France’s Nicolas Sarkozy and the United Kingdom’s David Cameron agreed to support the ouster of Libya’s long-term leader Muammar al Gaddafi.

The last Obama spoke of that incident was in April 2016 when he admitted ‘Overthrow of Gaddafi, worst decision of my presidency – Obama.’

In part three of our Obama & Africa series, we delve into Obama’s African trips from 2013 till date. Join us then.