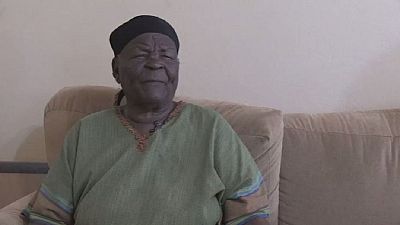 Following the election of Donald Trump as president of the United States, president Obama’s paternal grand mother Sarah Obama has called on Donald Trump to learn from what she considers as Obama’s leadership skills.

She has also advised Donald Trump to review his plans on the immigrants controversy.

Sarah Obama said: “There has been a notion that immigrants should be deported, these are all children of God. Now that he wants to deport Kenyans back home then it means that Americans living in other countries should also be sent back home. That should not be the case.”

Sarah Obama says the grand son, Barrack Obama whose mandate is coming to an end, should copy from his late father’s example and focus on helping others.

Outgoing president Obama has been criticised within the party for leaving the Democratic Party in ruins.

Obama met with Trump on Thursday to discuss modalities of a peaceful transfer of power.