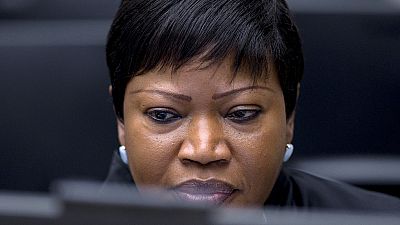 The president of the Assembly,International Criminal Court (ICC) has regretted the withdrawal of State parties from the Rome Statute and reaffirms the Court’s fight against impunity.

On 21 October 2016, the Government of the Republic of South Africa indicated plan to withdraw from the Rome Statute, the founding treaty of the International Criminal Court, with the Secretary General of the United Nations. The decision came in the wake of the withdrawal process recently initiated by Burundi.

Following this, President of the Assembly of States Parties to the Rome Statute of the International Criminal Court, Sidiki Kaba, said: “Although withdrawing from a treaty is a sovereign act, I regret these decisions and invite South Africa and Burundi to reconsider their positions.” “I urge them to work together with other States in the fight against impunity, which often causes massive violations of human rights,” he added.

Although withdrawing from a treaty is a sovereign act, I regret these decisions and invite South Africa and Burundi to reconsider their positions.

The President of the Assembly is concerned that the disturbing signal would open the way to other African States withdrawing from the Rome Statute, thus weakening the only permanent international criminal court in charge of prosecuting most serious crimes that shock the conscience of humanity, namely genocide, war crimes, crimes against humanity and crimes of aggression.

For Kaba, the international community must remain united to face the enormous challenge of preventing the commission of such crimes, prosecuting the alleged perpetrators, whoever they are and wherever they are, to ensure peace, stability and security of States.

He reiterates that the ICC needs the strong support of the international community and the cooperation of States to ensure its effectiveness and strengthen its credibility.

He calls upon all States parties to remain active members and other States to ratify the Rome Statute in order to ensure the right to universal justice to all victims of mass crimes.