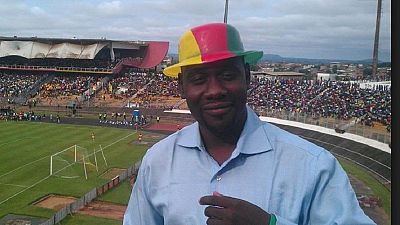 The trial of a Cameroonian journalist and correspondent with RFI,Ahmed Abba began again on Wednesday in the capital Yaounde.

The Director of RFI and his lawyers have requested for the release of the journalist who is standing trial for alleged complicity with the Islamist group Boko Haram.

Defense lawyer pointed out the issue of lack of evidence against the correspondent who has been in prison more than a year.

We asked for his acquittal after having found that the Tribunal is unlawful withholding our client, since the beginning of this case, the Prosecutor has been unable to provide us with evidence.

He is accused of non-reporting of acts of terrorism in the framework of his coverage of Boko Haram attacks.

‘‘We asked for his acquittal after having found that the Tribunal is unlawful withholding our client, since the beginning of this case, the Prosecutor has been unable to provide us with evidence. He has spent eight months waiting for witnesses who never came,” said Ahmed Abba’s lawyer, Me Charles Tchougang.

Some journalists said there is an abuse of power in the trial and find the process unacceptable.

“A year in prison for nothing, it is unacceptable while the journalist was on duty. It is a paradox because in 30 years, of my profession, I find that it unacceptable. It is only in a state like this where one practice the job of a journalists for things can happen, its not worth saying,” said publisher, “Aurora plus” Michel Michaut Moussala.

The Tribunal will be decided on October 19 next year on the question of exceptions to the defense.

He was arrested in Maroua on July 30, 2015, and was later charged with terrorist collusion and failing to report terrorist acts to the authorities. The charges are punishable under Articles 74, 97 and 107 of the Penal Code and Law Number 2014/028 of December 23, 2014.

He pleaded not guilty to the charges.