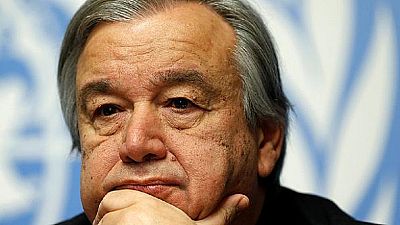 Former Portuguese Prime Minister António Guterres is a step closer to taking up the position of Secretary-General of the United Nations.

The UN Security Council has unanimously passed a resolution formally recommending him to the organisation’s 193-member General Assembly for election as the next leader of the world body.

Gutterres, who was UN High Commissioner for refugees from 2005 to 2015, competed for the UN top job alongside 12 other candidates in the journey to succeed Ban Ki-Moon whose mandate comes to an end this year.

During informal discussions which preceded his recommendation, Guterres promised to work hand in glove with the African Union in conflict resolution and the promotion of development and human rights.

Once confirmed by the General Assembly, Guterres will have to take over from January 1, 2017.

The UN has been lauded for making the process more transparent contrary to the previous procedure which critics had described as opaque.