South Sudan: US chides Machar over call for armed resistance 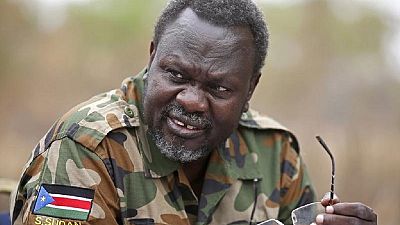 According to the US, Machar’s position was “inexcusable” and showed a lack of concern for the well-being of the people.

State Department spokesman John Kirby said Washington had noted Machar’s statements and “strongly condemned” them, adding that violence was certainly not the way to address the country’s underlying conflict.

“We find it inexcusable that he would continue to promote armed resistance. It indicates a lack of concern for the well-being of the South Sudanese people, many of whom continue to struggle just to survive and just as much want to see peace,” Kirby told reporters.

The former first vice president of Africa’s youngest nation, called on his allies to reorganize for “armed resistance” to the Salva Kiir-led government after talks over the weekend in Sudan.

Machar led a two-year rebellion against incumbent Salva Kiir, before the two sides reached a peace deal in August 2015. Under the deal, Machar returned to the capital Juba and resumed his role as first vice president.

Renewed fighting between the two forces in July this year prompted Machar to flee from the country with his supporters. Kiir subsequently sacked him from his government position and named former opposition negotiator Taban Deng Gai as first vice president.

The South Sudanese government has cautioned Machar that it will not accept threats of armed conflict. They have also called on the international community not to back this threats in any way.