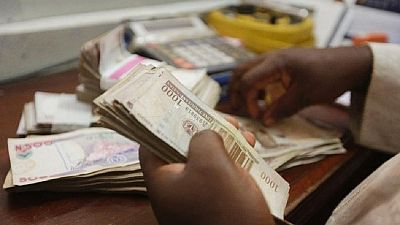 Nigeria’s economy is officially in recession as the country’s statistics bureau announced a further contraction in the second quarter of 2016.

This is the first time since 1991 that Africa’s most populous nation has gone into recession. The 1991 recession lasted for less than a year.

The Nigerian Bureau of Statistics (NBS) on Wednesday said the country’s Gross Domestic Product contracted by 2.06 percent after it shrunk by 0.36 percent in the first quarter of the year.

The country’s non-oil sector according to the statistics office declined due to a weaker currency.

A slump in crude oil prices has also affected public finances and the local currency, the naira, causing dollar shortages. Crude sales account for about 70 percent of the Nigerian government’s revenue.

The Niger Delta Avengers which has claimed responsibility for most of the attacks on oil installations in the region, on Monday said it had ceased hostilities.

The office of Nigeria’s Vice President, Yemi Osinbajo has meanwhile said in a statement that it expects a better economic outlook for the second half of 2016 as many of the challenges faced in the first half either no longer existed or have eased.

A presidential advisor, Adeyemi Dipeolu is quoted by the Reuters new agency as saying that “the rest of the second quarter data is beginning to tell a different story” citing growth in the agricultural and solid minerals sectors.