Can the looming smartwatch replace smartphones? 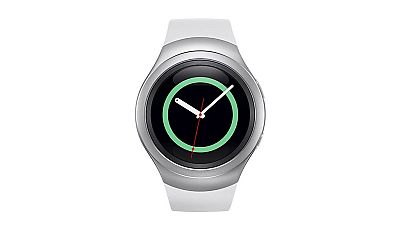 Can smartwatch replace the smartphone?

Smartphones are basically mobile phones with advanced mobile operating systems which combines features of a personal computer operating system with other features useful for mobile or hand held use.

They have multi functional purposes combining features of a cell phone with those of other popular mobile devices, such as personal digital assistant (PDA), media player, GPS navigation unit and digital camera and radio etc.

But with advancement in technology, smartphones are drifting from being held to being strapped to one’s wrist. Yes, your smartphone could be strapped to your hand. It’s called a smartwatch.

This is as a result of a collaboration between TIM, Samsung and Gemalto, the world’s largest maker of SIM cards, which touts the smartwatch as “a further step towards the digital future of the Internet of Things”.

Samsung’s main competitor, Apple, launched its smartwatch version but its sales have slided, down by more than half between April and June compared to the same period last year.

What different is Samsung offering?

Samsung’s smartwatch model called Gear S2 (soon to be followed by the Gear S3) is the first to feature an embedded SIM card – or eSIM to be provided by Gemalto.

The eSIM means a watch can replace a smartphone and do everything you will do with a phone, including making calls, sending and receiving texts, reading emails and browsing the internet.

Up till now such watches have had to be connected via wireless with the owner’s smartphone.

With eSIM one need not worry about slotting little cards in your phone, be the full size, mini or nano SIM cards.

The new technology is being cheered by the mobile phone carriers as it will make it much easier for them to swap from one operator to another.

Smartwatches like smartphones will be enabled with advanced mobile operating systems which combines features of a personal computer operating system with other features useful for mobile or hand held use.

Smartphones became widespread in the 21st century and most of those produced from 2012 onwards have high-speed mobile broadband 4GLTE, motion sensors, and mobile payment.