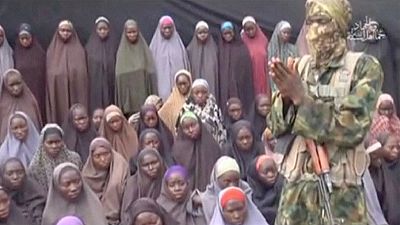 Nigeria army says it would continue its offensive against Boko Haram. This is despite the group’s request in a recent video that the only condition to secure the release of the Chibok girls would be to free their ‘brothers’ held in prisons across the country.

The defence chief, Abayomi Olonishakin is quoted by local media to have said the decision to swap Boko Haram fighters for the Chibok girls was a ‘political decision’ that was beyond the powers the army had.

‘‘The military decision is that we are going ahead with our operations. The operation is being conducted appropriately,’‘ he said.

The insurgent group in a recent video stated that a prisoner swap was the only way they would accept to release the remaining Chibok girls who were still in their custody.

A masked gun wielding spokesperson who spoke with a number of girls standing behind him added that the government did not know the whereabouts of the girls and it was in their interest to release their ‘brothers’ held in Maiduguri, Abuja and other places, so that they would also release the much sought after girls.

The minister of information, Lai Mohammed is also quoted as saying that the government was in contact with the group and was doing everything possible to secure the girls safely.

Boko Haram have engaged in several abductions throughout Nigeria’s northeastern region including the 276 Chibok schoolgirls. The Army continues to rescue thousands but so far only one Chibok girl has been rescued.