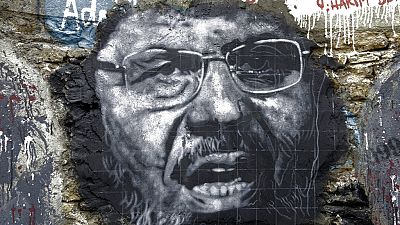 The domestic release of Egyptian film, Eshtebak or Clash is causing a clash of opinions in the country.

Set in a police van, the film portrays Egypt in the wake of the 2013 military ouster of the country’s first freely elected president, Mohammad Mursi, following a turbulent year in power.

Clash was screened during the recent Cannes Film Festival, where it was highly praised.

Despite receiving positive feedback during the festival,the local audience have been divided between supporters and critics. And some even say, it portrays their country in a bad light.

“From what I understand through my involvement in the film is that at the end of the day it shouldn’t be described within a political context, but instead it is a humanitarian film. It depicts real people that are present in Egyptian society. I believe that the message it’s trying to send is the concept of coexistence, and that we must find a solution (to our problems) and not be in a constant battle with each other. Just because we have different intellectual views, this does not mean that we must be enemies, so long as we do not overstep our limits or are violent with one another. So, having different ideologies is healthy, it isn’t an illness that could lead to violence, because at the end of the day, we are all Egyptian,” said Hosni Sheta, an actor in the film.

According to the film director, Mohamed Diab, the movie’s overarching goal is to show that everyone is human and that they all grew up with similar beliefs and traditions, but ended up with different ideologies and identities.

“Khaled Diab, the writer, tried to establish a point of view that is objective to a certain degree. However, maybe those who criticized the movie did so due to the lack of representation of the conscious and educated youth of the 25th of January revolution. Egyptians who participated in the June 30th revolution appear in the movie as ignorant, uncultured individuals, who possess no intellect or vision. Maybe they (critics) saw this as a bias towards the (Muslim) Brotherhood, however, in the end, very intelligently, when a member of the Brotherhood drove the vehicle, he ended up hitting a wall. But this means that when the Brotherhood drove the vehicle, which in this case represents Egypt, they got stuck and were not able to continue,” said Ahmed Radwan, a critic of the film.

Eshtebak was nominated was nominated in the ‘Un Certain Regard’ category at the Cannes Film Festival and critics say it “will be remembered as one of the most telling depictions of modern Egypt yet filmed.” But to some Egyptians, it