Olympic athletes urged to keep their mouths shut in Rio - because of polluted water! 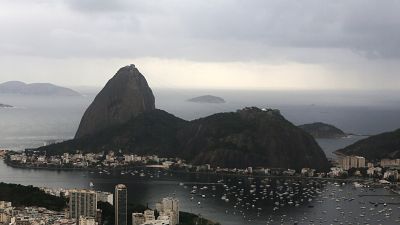 That is the advice from health experts to Olympic athletes preparing to compete in the polluted waters of Rio de Janeiro’s Guanabara Bay, where drug-resistant super bacteria have been found in abundance.

The opening ceremony for the games is just a week away.

“The idea is that athletes maintain minimum contact with the water. Unfortunately that is how it is,” said doctor Daniel Becker, acknowledging that it is not always easy to remember to keep your mouth and eyes closed when competing for an Olympic medal.

“They will probably suffer some form of contamination, though this does not mean they will necessarily fall ill. They will come into contact with the water and it is highly contaminated,” he said.

Clean-up efforts have been made, with items such as sofas, TV sets and even animal body parts previously found.

It has improved the situation according to Brazilian sailor Robert Scheidt.

“I trained here ten days ago and I can’t say it was perfect, that there was no rubbish. But the bay was much better than before,” he said.

Nonetheless, despite government pledges to treat 80 percent of the sewage drained into these waters, they were recently described as a ‘toxic stew’.

The buildup to the Rio Games has already been marked by concerns over a budget crisis in the city, sparked by Brazil’s worst recession since the 1930s, as well as an outbreak of the Zika virus, and a political crisis involving suspended President Dilma Rousseff who has been placed on trial in the Senate.