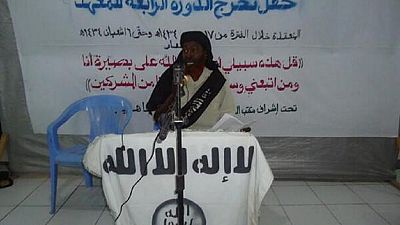 Somali militant group al-Shabaab has said that former Member of Parliament, 57-year-old Salah Nuh Ismail, also known as Salah Badbado, was part of the attackers who exploded two car bombs at the entrance of the African Union Mission in Somalia (AMISOM) base in the capital Mogadishu killing at least 13 people.

Badbado had served various governments between 2000 and 2010 before publicly declaring his support for the jihadist group in 2010.

Around 9:00 am (0600 GMT), there were explosions outside the United Nations premises near the Mogadishu airport which also hosts AMISOM forces. A vehicle exploded near the checkpoint and another near the UN building.

Al-Shabaab affiliated media, Radio Andalus, confirmed on Wednesday the involvement of the former MP in the bombing attack saying he drove one of the cars that exploded at the entrance of the AMISOM base.

The radio station also played an hour long “exclusive” interview with the former MP in which he sent messages to “the Somali people, the Mujahideen and the invading army” before the suicide act.

Al-Shabaab immediately claimed the attacks in a statement. “The two explosions were carried out by two courageous Mujahideen suicide bombers who targeted two places where the alleged peacekeeping troops are based,” the group said.

AMISOM condemned the attack describing it as senseless. “The AMISOM condemns these senseless attacks that were intended only to disrupt and paralyze the lives of ordinary Somalis. We must stop these attacks,” they stated on their Twitter page.

#AMISOM confirms that there have been 2 bomb explosions at checkpoints near entrances to its base at Halane this morning. #Somalia

Al-Shabaab militants are noted for setting off car bombs targeting security personnel. Early this month, al Shabaab killed 10 Somali soldiers when they rammed a car packed with explosives into a Somali army base southwest of the capital.

In January, they also launched an early morning attack on an AMISOM base in the town of El-Adde, near the Ethiopian border. More than 100 Kenyan soldiers were killed.