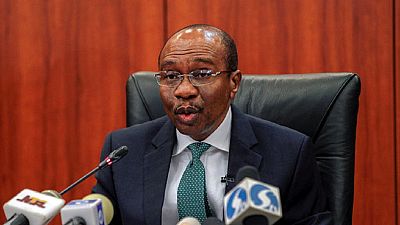 As the Nigerian economy faces more worsening recession as a result of the devaluation of the currency, naira,several traders in the country’s biggest IT market are already wondering how long they can survive the hard currency shortages that is currently parlaysing Africa’s biggest economy.

The Central Bank of Nigeria hopes that allowing the currency to lose a third of its value would attract investment and erase the need for a black market.

But a month since the float, Gabriel and most vendors in the market still have to buy dollars for a premium to import laptops, TV sets and computer software and replenish their stocks.

We thought actually it would affect the price of Forex in Nigeria but instead of coming down, the thing went up.

“We thought actually it would affect the price of Forex in Nigeria but instead of coming down, the thing went up so there has not been any significant change for the better,” Gabriel, A trader in Computer village, Lagos.

“Every business, almost every business is being run at a loss now. We are only hanging in presently to make sure that, hoping, just again hoping that things will normalise,” Ngozi Belolise, another computer vendor.

Finance Minister, Kemi Adeosun says people should not dwell on the recession but rather on where the country is going through the measures being taken to save the economy.

Economy Is in Recession, Will Turn the Corner By September – Govt: https://t.co/hp73DYeDHg #Nigeria

Adeosun noted that West African country is not the only country in recession adding that many other countries are doing far worse than Nigeria.