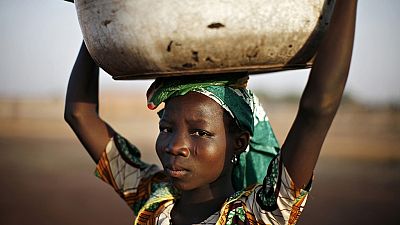 Ghana has been cautioned by the United States to increase its efforts to end modern day slavery or risk losing millions of dollars in aid.

The West African country has been listed second year in a row as a Tier 2 Watch List country in the 2016 Trafficking in Persons Report released on Thursday by U.S. Secretary of State John Kerry.

Ghana’s position means its government is not fully meeting the minimum standards for the elimination of trafficking in persons and failed to provide evidence of increasing efforts to combat severe forms of trafficking in the past year, the US Department of State explained in a statement.

This also means that if Ghana is subjected to an automatic downgrade to Tier 3 in 2017, it exposes the country to restrictions on U.S. assistance.

The United States’ provision of more than $140 million per year in development aid to Ghana, and the $498 million MCC Compact will be restricted if they slump to Tier 3.

“Other U.S. programs, including assistance in the areas of law enforcement; capacity building for state prosecutors; security and military assistance; and increasing the capacity of the Electoral Commission, would all be subject to restrictions,” the statement added.

The U.S. Ambassador to Ghana, Robert Jackson, said trafficking is everywhere but the ranking assesses the efforts made by governments to prevent trafficking, prosecute criminals and protect victims.

“Unfortunately, despite some investigations and awareness campaigns, the government of Ghana did not demonstrably commit to anti-trafficking efforts in 2015. Ghana must increase the resources it invests in anti-trafficking enforcement and protection activities and track and report the results of its efforts,” he said.

The statement further gave recommendations to improve the government of Ghana’s anti-trafficking efforts which included increasing funding and support for police and immigration service as well as amending its anti-trafficking act legislative instrument to mete out stringent penalties.

In the 2016 Global Slavery Index, Ghana ranks 13 out of 15 countries in Sub-Saharan Africa and the 34th country with the most modern slaves out of 167 countries in the world.

The survey results estimate that there are 103,300 people enslaved in the country.

The Communications Manager for anti-trafficking NGO in Ghana, Challenging Heights, Miss Pomaa Arthur said in a statement that although Ghana is making some progress in ending modern slavery, more needed to be done.

She advised Ghanaians to take the issue of human trafficking and modern slavery seriously and join the fight against the menace.