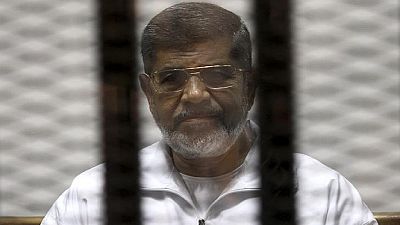 Cairo Criminal Court on Saturday sentenced ousted president Mohamed Morsi to life in prison and an additional 15-year prison sentence in what is known as the Qatar espionage case.

Prosecutors argued Morsi and his aides were involved in leaking sensitive documents to Qatari intelligence that exposed the location of weapons held by the Egyptian armed forces.

His lawyer said that the ousted president was also convicted of having “stolen secret documents concerning state security” and handed another 15-year jail term.

Morsi, leader of the outlawed Muslim Brotherhood, has already been sentenced in three other cases, including the death penalty for a mass jail break during the 2011 uprising against former president Hosni Mubarak and a life sentence for spying on behalf of Palestinian group Hamas.