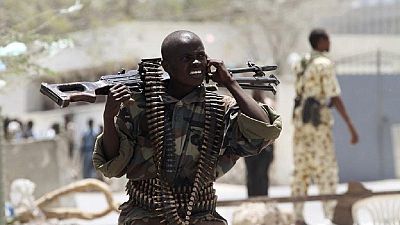 The African Union says there is the need for a concerted effort to combat trade in illicit small arms and light weapons which continue to cause untold suffering and pain, threatening the peace and security of the region.

This was disclosed by Dr Tarek A. Sharif, the AU’s Head of the Defence and Security Division. He was speaking at the 6th Biennial Meeting of States to Consider the Implementation of the Programme of Action to Prevent, Combat and Eradicate the Illicit Trade in Small Arms and Light Weapon.

‘‘Africa is among the regions most affected by the illicit proliferation, circulation and trafficking of small arms and light weapons,’‘ he said in a speech.

These weapons have caused unspeakable death and suffering over the decades and remain a serious impediment to peace, security, stability, and development on the continent and globally.

Adding that, ‘‘these weapons have caused unspeakable death and suffering over the decades and remain a serious impediment to peace, security, stability, and development on the continent and globally.’‘

He said, the AU firmly believed that its Programme of Action remains a critical and comprehensive policy framework to achieve the fight against illicit arms. The AU called on its international partners to also boost their support to the fight, ‘‘while the AU commends the support provided through the UN Disarmament Trust Fund and UNSCAR, these funds do not match the existing and growing needs and gaps,’‘ he said.

In 2001, countries adopted the Programme of Action to Prevent, Combat and Eradicate the Illicit Trade in Small Arms and Light Weapons in All Its Aspects (PoA). According to the document, governments agreed to take measures to improve national small arms laws, import and export controls, stockpile management, and to engage in regional and international cooperation and assistance.

Four years later (in 2005) signatories further adopted  the International Tracing Instrument (ITI), which requires governments to ensure that weapons are properly marked. Moreover, it provides a framework for cooperation in weapons tracing – fulfilling one of the commitments governments made in the Programme of Action.
Meetings and national reports on PoA and ITI are always combined.