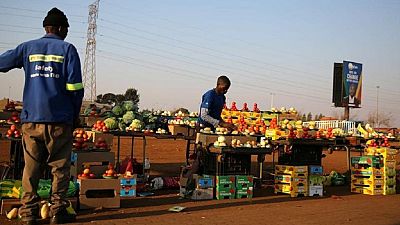 S&P maintained its BBB- rating on the country, warning about the consequence of low economic growth.

Zuma issued a statement congratulating the team which worked to turn the economy around saying, “The decision by Standard and Poor’s tonight, which follows on the footsteps of yet another encouraging decision by Moody’s demonstrates that working together we can reignite our economy, attract investment and create jobs for our people”.

Great news that SA has avoided a downgrade by S&P Global to 'junk' status, albeit with a negative outlook for the future. #CreditRating

Fears of a possible downgrade to junk status had caused anxiety because it would have made borrowing more expensive.

SA maintains its BBB- #CreditRating by S&P Global, for now. Who knows how long we can avoid a downgrade for but we needed the breathing room

Fitch Ratings is expected to issue its review next week.