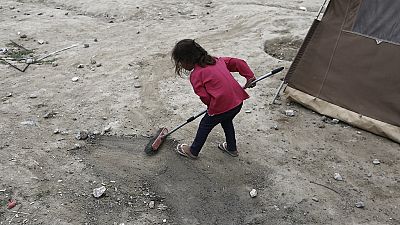 The Moroccan parliament has for the first time passed a law to regulate domestic work, but has received a lot of criticisms for a controversial clause that sets the minimum age in the sector at 16 years.

Civil society and international organizations, who have lobbied the Moroccan government for years for a law to strengthen the fight against the scourge of “little maids” in the country, were rather peeved at the turn of events.

The bill was voted into law on Tuesday night garnering 49 votes against seven. It will enter into force once published in the Official Journal.

The moratorium means that by 2021, girls aged 13 today are likely to be 'little maids'.

“Civil society demanded 18 years to be set as the minimum age for domestic work, but for unexplained and inexplicable reasons, on the proposal of the Minister of Employment, the parliamentarians voted on Article 6 of the Law which in a five year period the exploitation of minors will be permitted,” the president of the Moroccan association INSAF, Omar al Kindi, said in a statement posted on Facebook.

UNICEF urged the government and the Moroccan parliament not to pass the bill in its current form and to fix the minimum age at 18 years.

According to the latest figures published by civil society organizations involved in the fight against child labour, there are between 66,000 and 88,000 child maids in Morocco, 60% of them are under 12 years.