South Africa leads adult smartphone use on the continent 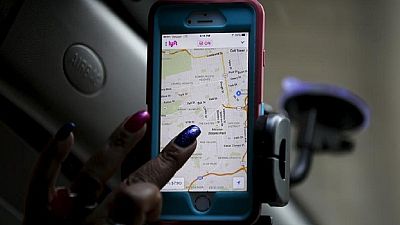 In Africa, South Africa has the largest number of adults owning smartphones. This is according to a smartphone penetration report from the Pew Research Center which has indicated that nearly half of the world’s adult population use smartphones.

Of the 40 countries sampled for the research, South Africa places 24th on the list with a smartphone penetration of 37%, another 52% of South Africans used ‘ordinary’ phones whiles 10% said they did not use phones at all.

Even though the global median for smartphone penetration stands at 43%, in Africa less than one in five people use a smartphone.

The research was based on a survey of 40 countries in 2015, the results noted however that there was still a significant gap between developed and developing countries, even though the gap is closing rapidly.

There's a global divide in #smartphone use. But these countries are closing the gap fast. https://t.co/BamCEOEicx pic.twitter.com/IQFBmNQmBA

At the continental level, Africa was last relative to ownership of smartphones, with 19% of adults reportedly owning smartphones. Over half (52%) of adults however owned a phone whiles 21% did not use phones.

The United States (classified as a continent as per the research), Europe and the Middle East led the continental with smartphone ownership percentages of 72%, 60% and 57% respectively.

Latin America and the Asia Pacific regions followed in that order with 43% and 37% penetration respectively.

Sales of smartphones are booming, with more than 1.4 billion sold in 2015 and the figure is expected to be higher still this year.

The report further observed that in emerging and developing countries, ‘‘the average figure for smartphone ownership figure has risen from 21% to 37% in just two years.’‘

What is a smartphone?

They have multi functional purposes combining features of a cell phone with those of other popular mobile devices, such as personal digital assistant (PDA), media player, GPS navigation unit and digital camera and radio.

Smartphones became widespread in the 21st century and most of those produced from 2012 onwards have high-speed mobile broadband 4G LTE, motion sensors, and mobile payment.