India makes arrests after spate of attacks on Africans 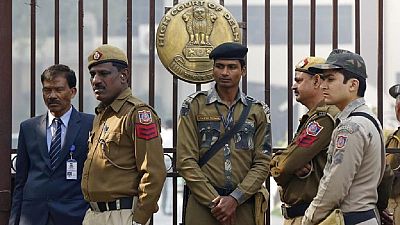 India authorities have arrested at least five people accused of assaulting Africans in New Delhi after African diplomats urged the Indian government to ensure the safety of their nationals in the country.

On attacks on Africans in India, we should judge ourselves in the same way we judged Australia for attacks on Indians in '09. #racistIndia

However, a New Delhi deputy police commissioner Ishwar Singh dismissed the recent spate of attacks targeting Africans as racially motivated, insisting the violent crimes were “isolated incidents” and not racist in nature.

Singh said there was “no element of racism” following Thursday’s attacks when six Africans were beaten across New Delhi’s Mehrauli neighbourhhod.

“It’s not as if there’s a public movement against African nationals,” he told NDTV, a privately run Indian TV channel, before adding that the attacks happened “at different locations, at different times and for different reasons.”

A Nigerian national Kenneth Ighinosa, a local priest told NDTV that he was hit with a cricket bat by a group of men as he returned home with his wife and four-month-old son on Thursday.

Another two people also alleged they were beaten with cricket bats.

The attacks comes less than a week after a Congolese teacher was clubbed to death after an argument over hiring an auto-rickshaw taxi.

Thousands of people from African countries study and work in India but several incidents have raised concerns of racist violence and discrimination.

In 2013, a Nigerian national was killed by a mob in the tourist state of Goa, with a state minister later calling Nigerians a “cancer”.

Delhi’s former law minister was also accused in 2014 of harassing African women after he led a vigilante mob through an area of the capital, accusing them of being prostitutes.