Five killed in a suspected Boko Haram explosion in Nigeria 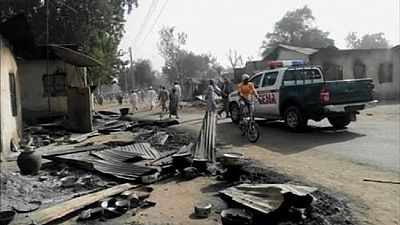 Five people have been killed on Sunday after an explosion of a homemade bomb planted by Boko Haram extremists near a military checkpoint in northeast Nigeria, the Nigerian army said.

A motorcycle is suspected to have triggered the explosion after it rolled over the device on the outskirts of the city of Biu in Borno state.

“Investigation shows that the explosive device had been buried long ago without ever being detected,” said a military spokesman, Usman Sani, in a statement.

“The device exploded immediately, killing four people, a woman, her baby and two men,” he said, adding that a soldier was also wounded and died of his injuries in hospital.

The spokesman of the army assured that “the explosion will not deter us from fighting Boko Haram terrorists wherever they hide during our operations.”

President Muhammadu Buhari said in a speech on Sunday, marking his first anniversary in power, that at the end of December 2015, only a few pockets of Boko Haram resistance remained in the region. 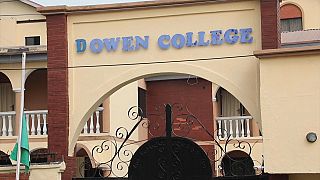