A major demolition exercise of illegally constructed buildings in the north of South African capital Pretoria triggered riots on Monday.

The disturbances spilled over into the night as two security guards were killed.

Local police say four people have been arrested and would be charged with public violence while a fifth faced person handed a charge of murder.

A growing population in the countryside has meant a shortage of adequate urban housing, leading to informal settlements.

“I want my house at Greenfields and my property. My newborn is dying now. What am I going to do,” a resident said.

They started demolishing and that is when people got angry and started fighting.

“When the Red Ants (the Red Ants eviction company) were coming in the cops were in front . They just shoot randomly. I’m telling you. They just shot at everybody randomly. Everybody got scared. We were running for our lives. The Red Ants demolished the houses,” another resident said.

The riots come ahead of local government elections in August where the ruling African National Congress will face a tough test especially in urban centers where unemployment and poverty have led to mushrooming shanty-towns. 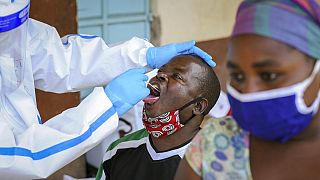 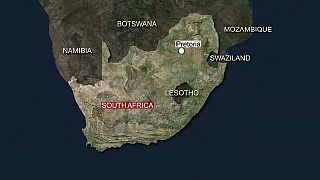 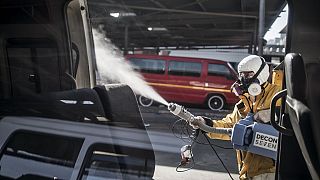