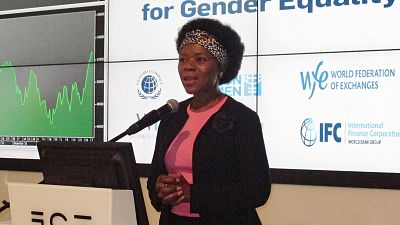 South Africa’s top anti-corruption official says she fears for her life after learning from an informant that hitmen have been contracted to kill her.

Local media reported that Thuli Madonsela had been told by a police informant of an intended attempt on her life, which is planned to look like a car accident.

A prominent Western Cape gang boss had been reportedly paid a huge amount of money to arrange a hit on her.

That person said a top gangster in the Western Cape was paid to get a hitman to kill her.

“On the 1st of April she received a text message from an informant, and that informant warned her to be careful. That person said a top gangster in the Western Cape was paid to get a hitman to kill her,” said spokeswoman Kgalalelo Masibi, confirming a report in the Sunday Times newspaper.

Public Protector Thuli Madonsela is a leading public figure who scored a major victory when South Africa’s top court ruled on March 31 that President Jacob Zuma had violated the constitution by ignoring her instructions to pay back some of the $16m of state money spent upgrading his private home.

South African President Jacob Zuma appointed Madonsela to the role in 2009 for a seven-year term, due to conclude in October.