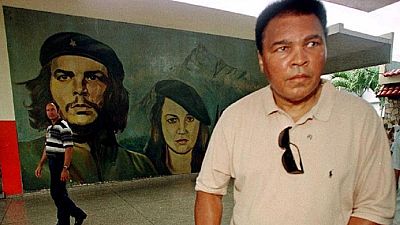 <p>Boxing legend Muhammad Ali’s childhood home has been opened to the public as a new museum.</p> <p>In dedication to the boxer and his family, the house was bought by lawyer George Bochetto and real estate developer Jared Weiss and refurbished.</p> <p>“Muhammad Ali’s greatness did not happen by accident, and it didn’t happen overnight, and it didn’t happen alone,” said Bochetto.</p> <p>At the 302 Grand Avenue in Louisville, Kentucky house, a ribbon cutting ceremony was held at the front stoop. The event was attended by neighbours, elected officials, family members and guests.</p> <p>Muhammad Ali, then known as Cassius Marcellus Clay Jr. before converting to Islam grew up in the home turned museum together with his brother. </p> <p>The champion boxer’s brother Rahaman Ali was in attendance for the ceremony.</p> <p>“Very excited, it is like Christmas to me, a new start and a new beginning,” Rahaman said. </p> <p>Public tours will be held from Wednesday through to Saturday. </p> <p><strong><em>Reuters</em></strong></p>

Muhammad Ali's greatness did not happen by accident.