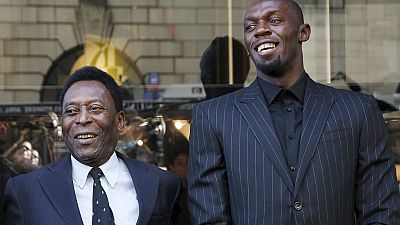 Brazilian football great Pele never tasted the Olympics and that remains one of his unaccomplished feats.

In a recent interview, Pele spoke about the upcoming Olympic Games which is being hosted in his home country and his desire to participate.

Fearing political issues may hamper the flow of the Games, he however remains hopeful the country will have a beautiful hosting.

This is where my legacy, I think, will make a difference. If I can do the three-peat. It's never been done. So I think I'm going to be a lot more focused, but I always try to have fun in what I do.

Another person who is looking forward to the Games is Usain Bolt.

He is looking forward to running the first sub-19 seconds time ever.

He hopes to continue his fine form to leave a legacy that will be talked about.