The suffering of street children is remembered worldwide on April 12, an international day organised to draw attention on the phenomenon with focus on identity.

The inability to be identified has made it difficult for street children to have access to education and healthcare.

They are also usually exposed to harassment by forces of law and order.

It is quite stressful to know that governments allow street children to be abused, ignored and marginalised.

UN estimates indicate that more than 150 million street children exist in the world.

The group is encouraging the world to stop having negative ideas about street children and instead focus on their potentials.

“It is quite stressful to know that governments allow street children to be abused, ignored and marginalised. This international day is a unique opportunity for us to draw attention to this children who are surviving, coping and growing up in public places. These are children whose rights are violated everyday,” Dr. Sarah Thomas Benitez, CEO of the Consortium of street children said.

Worldwide, children who flee homes or are forced to do so face economic exploitation, sexual abuse and violence.

In Senegal, street children are being introduced to acrobatics, juggling and other exercises in a bid to lure them to get back home.

In 2015, the number of street children in Senegal was estimated at close to fifty thousand.

The situation is more alarming in Nigeria as more than a million street children have been separated from their homes due to the ongoing war against Boko Haram.

The United Nations Children fund regrets that although many governments are signatories of child protection mechanisms, the level of implementation remains a cause for concern. 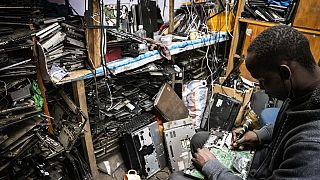