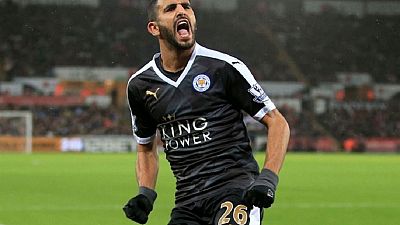 Chelsea’s John Terry has backed Leicester City and Algerian International Riyad Mahrez to become the ‘Men’s Player’s Player of the Year’ as part of the Professional Footballers Association’s (PFA)nominations.

The Algerian has 16 goals and 11 assists this season under Claudio Ranieri, as the Foxes close in on an historic Premier League title.

WATCH: John Terry votes for Riyad Mahrez as his Player's Player of the Year.

Terry posted his nominations for the PFA nominations on his Instagram page. His list is dominated by a plethora of Leicester City players, Claudio Ranieri’s team has gone from relegation survivors 12 months ago to title contenders in the current season.

Mahrez, who Terry wants to be named Player of the Season has combined with Jamie Vardy and other players to light up performances at the King Power Stadium and on their away matches.

Terry also seemed impressed with Tottenham striker Harry Kane, who he has nominated to win the ‘Men’s Young Player of the Year’ for a second successive season.

The 22-year-old started the current campaign slowly but has peaked for Spurs title charge scoring for club and country recently.

Men’s Divisional Team of the Year

John Terry has posted his PFA Team of the Year on Instagram, and votes Riyad Mahrez as Player of the Year pic.twitter.com/DV6u5guTXF