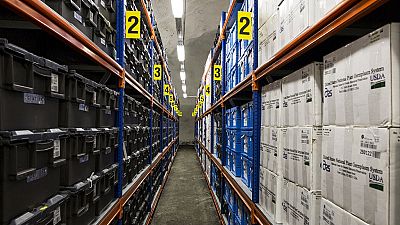 What would we do for food in the event of a global disaster such as climate change or nuclear war? Well, a consortium of scientists is running what it believes is an answer to such situation.

That is where the Svalbard Global Seed Vault comes in. It is a kind of an International Rescue for the world’s food supply buried inside a mountain on the Arctic island of Svalbard.

Deep inside a mountain on the Arctic archipelago of Svalbard, in Norway, the vault stores seeds from more than 60 institutions and almost every country in the world.

When you're in the vault politics don't matter.

The idea is to ensure the survival of the world’s most precious plants and to preserve diversity.

The very first barrier to entry into the vault is the sheer remoteness of the location. The Svalbard island sits 800 miles or 1,300 kilometres from the North pole.

“Obviously they took a lot of care in making this deposit, but it also shows the true global nature of this seed vault. When you’re in the vault, politics don’t matter,” he said.

The vault is only unlocked for deposits, which happens three or four times a year.

Security is paramount as there are five doors with coded locks through which anyone looking to get into the vault has to pass through.

The manager of Global Seed Vault, Bente Naeverda, said there is no serious crime in the area.

“We have this alarm as if someone is trying to break in or something, but that has never happened. I can’t imagine anyone wants to try to break into the vault.”

According to Global research, it is on this island Bill Gates is investing tens of his millions along with the Rockefeller Foundation, Monsanto Corporation, Syngenta Foundation and the Government of Norway, among others, in what is called the “Doomsday seed bank”.

Officially, the project is named the Svalbard Global Seed Vault on the Norwegian island of Spitsbergen, part of the Svalbard island group.

It will contain up to three million different varieties of seeds from the entire world, so that crop diversity can be conserved for the future, according to the Norwegian government.

Seeds will be specially wrapped to exclude moisture. 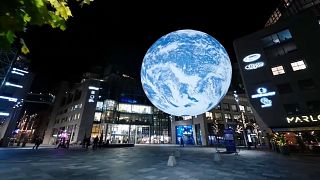