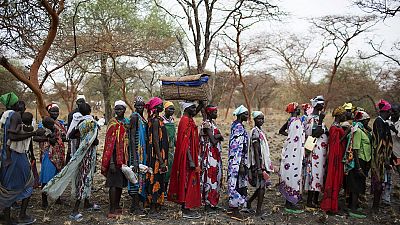 The UN Human Rights Office on Friday, March 11, published a new report on South Sudan which revealed that from April to September 2015, more than 1,300 rape cases were recorded in just the Unity State, one of the ten states of the country.

The report, which placed special emphasis on human rights violations in 2015, indicated that forces allied to the government were allowed to rape women, while opposition groups and criminal gangs preyed on women and girls.

The majority of the blame was directed at the government although all parties are accused of perpetrating serious violence against civilians from the start of the conflict in December 2013. “State actors bore the greatest responsibility during 2015, given the weakening of opposition forces,” the report said.

“This is one of the most horrendous human rights situations in the world, with massive use of rape as an instrument of terror and weapon of war — yet it has been more or less off the international radar,” said UN High Commissioner for Human Rights Zeid Ra`ad Al Hussein in a statement.

The report stated that the sexual assaults were characterised by extreme brutality as one witnessed explained that “If you looked young or good looking, about ten men would rape the woman; the older women were raped by about seven to nine men.”

“One woman told the team she had been stripped naked and raped by five soldiers in front of her children on the roadside and then raped by more men in the bushes, only to return and find her children missing; another was tied to a tree after her husband was killed and had to watch her 15-year-old daughter being raped by ten soldiers. Several women said they were raped when they left UN protected camps to search for food; others were abducted and held in sexual slavery as wives for soldiers in barracks,” the report cited.

Aside rape, there was also an increase in destruction of residential structures, Crop burning, cattle raiding, looting and destruction of food stocks have also led to famine like conditions in Unity State.

Seven journalists were also killed and many activists arrested with at least 13 humanitarian workers were killed, the report said.

The report called on the Human Rights Council and the Transitional Government of National Unity to continue monitoring developments in the country and to take effective action to stop the violence respectively.

Released on March 11, 2016, the new report was put together from October 2015 to January 2016 by an assessment team sent by the High Commissioner to South Sudan in accordance with a resolution by the Human Rights Council in July 2015.