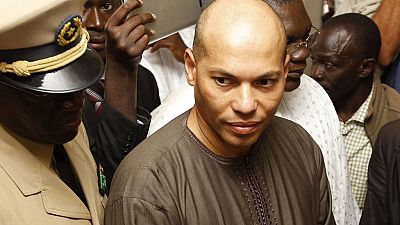 Senegal has seized property worth £27 million belonging to the son of former President Abdoulaye Wade even after being served with a six-year prison sentence for corruption.

Karim Wade, former Minister of State for International Cooperation of Senegal, was accused of illegally amassing about $1.4 billion, but was cleared of some of the charges by a special anti-corruption court in the capital, Dakar. He has been in detention since April 2013.

According to state prosecutors, the property were acquired illegally by Karim Wade.

The lawyers termed it as ‘illicit enrichment’ that included a sum of £19 million value of two airport companies and £8 million from real estate complex in Senegal.

From the accused side, his lawyer has termed this as a mere manipulation of public opinion since the property do not belong to Karim Wade.

The United Nations Working Group on Arbitrary Detention on January 29, 2016 upheld its 2015 decision on the case of Karim Wade, as depriving liberty.

In April 2015, the group considered arbitrary the deprivation of liberty of Mr. Wade and requested the government of Senegal to take the necessary steps to remedy the situation and bring it in line with international human rights standards.