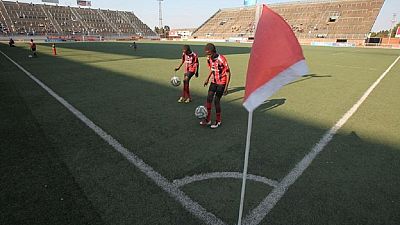 A board member of the Zimbabwe Football Asspciation (ZIFA) Edzai Kasinauyo was suspended on Tuesday, after it was alleged that he tried to manipulate results of the national team’s 2017 Nations Cup qualifiers against Swaziland slated for end of this month.

The Zimbabwe Football Association (ZIFA) alleges Kasinauyo had been in contact with a syndicate in Asia in a bid to fix the result of that match so that Zimbabwe loses the encounter, local media reported Wednesday, href=“http://www.shanghaidaily.com/article/article_xinhua.aspx?id=322734

The 40-year-old, who played for Zimbabwe at the Nations Cup finals in 2006, is being investigated over the claims involving the country’s Group L encounter away to Swaziland on March 25, ZIFA said in a statement on Wednesday.

“Kasinauyo has been fingered in the match-fixing scam and investigations are going on. ZIFA president Dr Phillip Chiyangwa will issue a statement after consultations with COSAFA, CAF, FIFA and the Government of Zimbabwe,” ZIFA said.

ZIFA’s recent history has been far from clean, after several years of probing, 13 players and officials were banned for life for match-fixing in what became known as the ‘Asiagate’ scandal.

A further 69 received suspensions for their part in fixing friendly internationals that Zimbabwe played in Asia, where games were manipulated under the instruction of a Singapore-based betting syndicate.

The last of those suspensions for administrators, match officials, players and coaches were lifted earlier this year as a FIFA investigation into the matter stalled.

Zimbabwe are also banned by FIFA from participating in the 2018 World Cup qualifiers, having been punished for constantly missing deadlines to settle an unpaid debt to Brazilian coach Jose Claudinei Georgini, better known as Valinhos, who managed the national side from January to November in 2008.