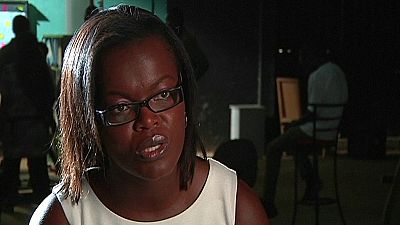 A Kenyan film producer Dorothy Ghettuba is making it big by producing movies, drama series and talk shows which showcase the strength of African women.

Despite her passion for acting, Dorothy was disappointed on several occasions as she was not picked for the roles she auditioned.

She got on the job training after working as production assistant for a local show.

Kenya is on a mission to boost domestic TV production and has been encouraging Kenyan stations to show at least 40 percent of local content.

“Being a woman in this industry, I think producers – whether being male or female will always face the same challenges. You know we are looking for money, we are all trying to produce, we are all trying to do the best that we can do. But it is always going to be a bit more difficult for the woman – the woman tax, that’s what I call it… like I pay it.”

Dorothy hopes her movies will help influence the society and inspire other women never to relent their efforts in realising their dreams.

“I tell people that I have never been to a film school I don’t even know how a film department looks like. It is something that I taught myself. I read everything that I could read, I researched on everything I could and I just learned on the job. It was just something that I wanted to do and so I figured hey you know what let me go and learn as much as I can about it and get as much experience I can about it. In Canada I worked in a company and I worked in corporate communications in a venture capital firm so moving from the whole finance sector to the whole creative sector was quite a leap but it was a necessary one for me,” she said.

Analysts said encouraging local production could within a few years create an industry that employs hundreds of thousands of people and account for a valuable fraction of the wider economy.