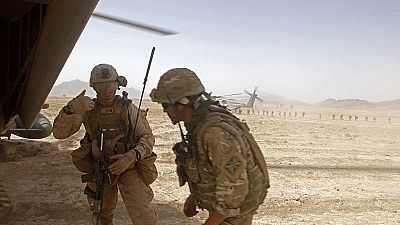 Fallon was addressing Members of Parliament in London: ‘‘I inform the House that a training team composed of twenty soldiers of the 4th Infantry Brigade left for Tunisia to help fight against illegal entry border from Libya in support of the Tunisian authorities.”

He added that, British soldiers will be positioned at the border between the two countries. Investigations have established that those responsible for three recent attacks in Tunisia were trained in Libya before returning to the country to perpetrate their deadly attacks.

UK Defence Secretary Michael #Fallon on #Libya: “we do not intend to deploy ground forces in any combat role.” https://t.co/M2adkUFmBZ

Terrorist organizations that claimed responsibility for these attacks took advantage of the chaos in Libya to expand their influence. The existence of two rival authorities since the overthrow of Muammar Gadaffi also makes the issue of political stability in Libya an elusive one.

Islamic State controls areas including the port city of Sirte and its surroundings as well as areas around Derna. Concerned about this rise, the West has expressed willingness to contribute to the restoration of security, but Britain has warned that it “does not intend to deploy ground troops for any combat action” in Libya.

“Before engaging in any military operation in Libya, we must of course be invited by the Libyan government, and involve course this parliament,” added Michael Fallon.